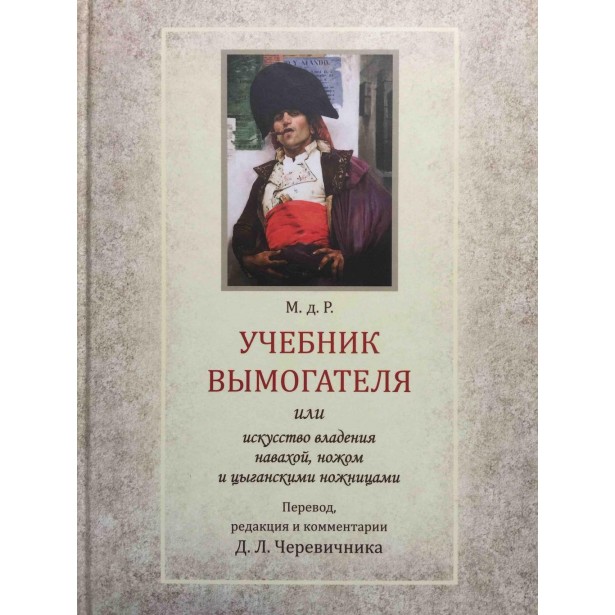 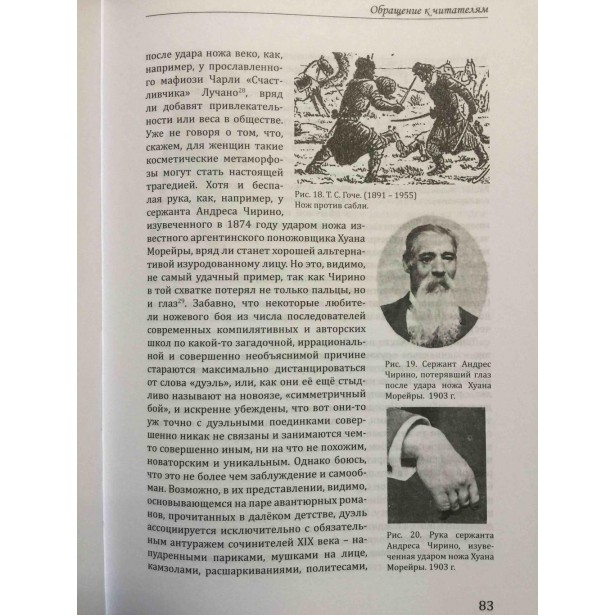 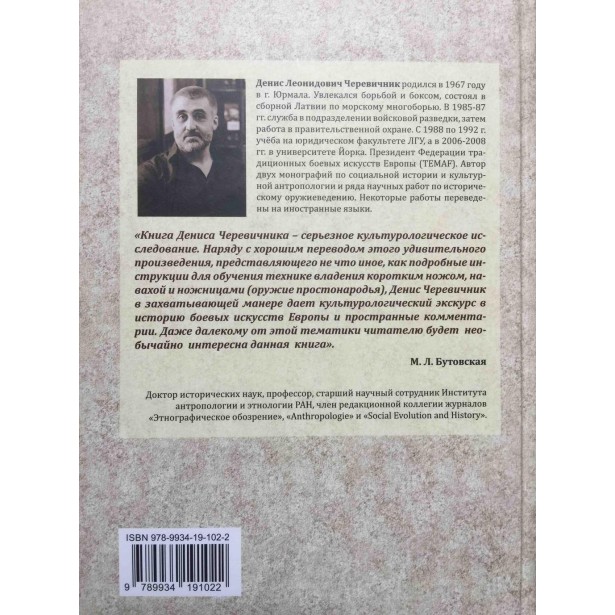 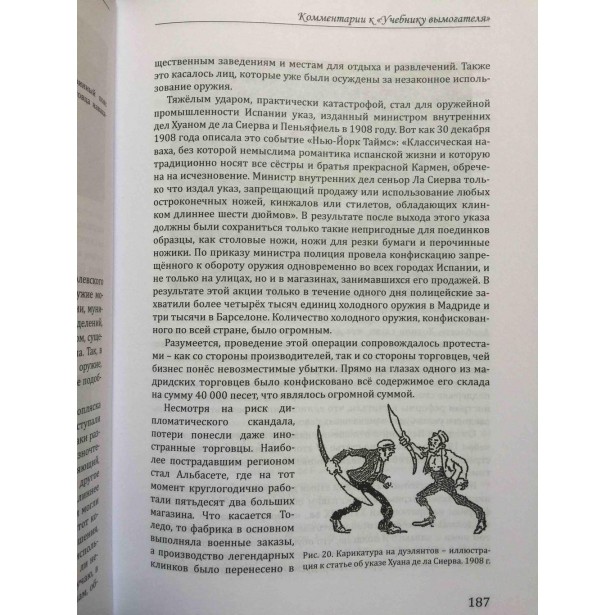 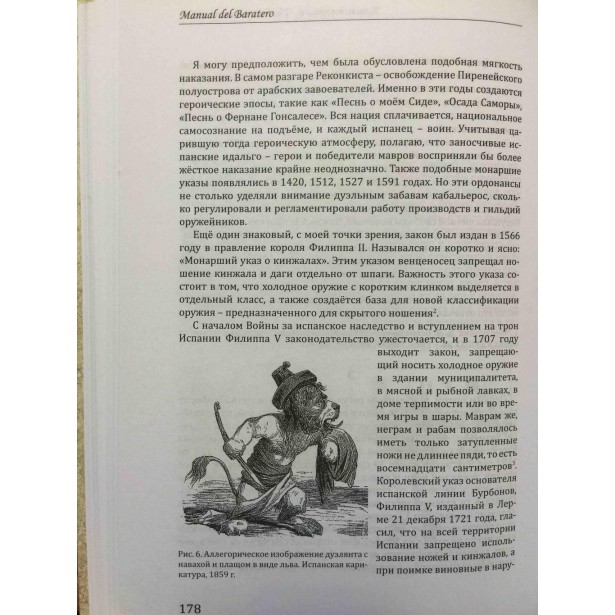 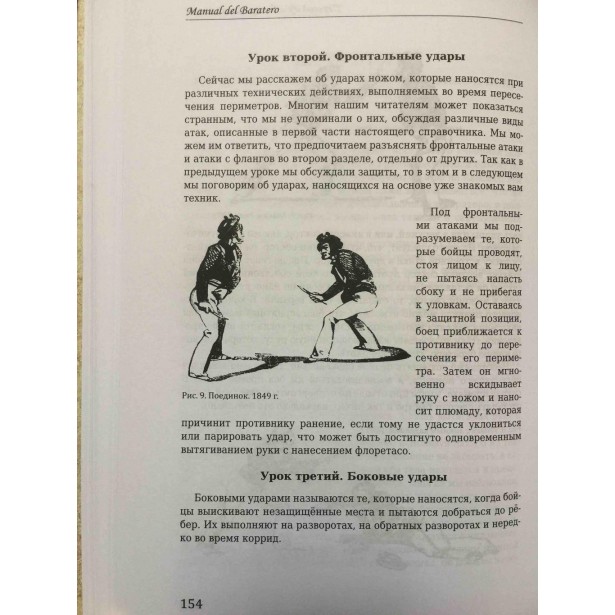 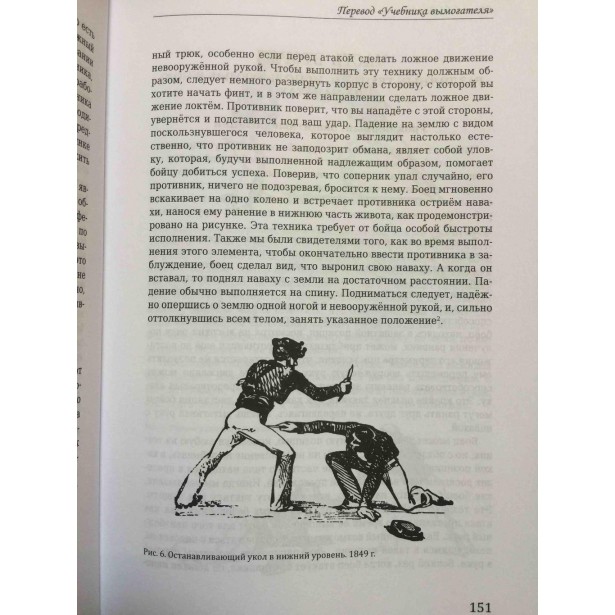 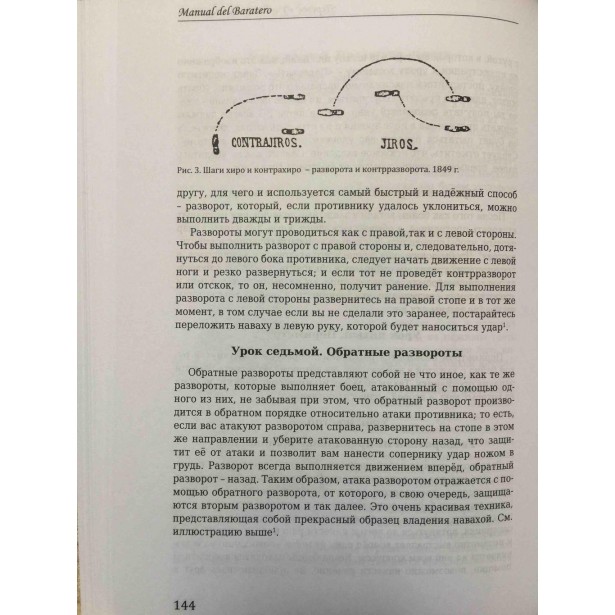 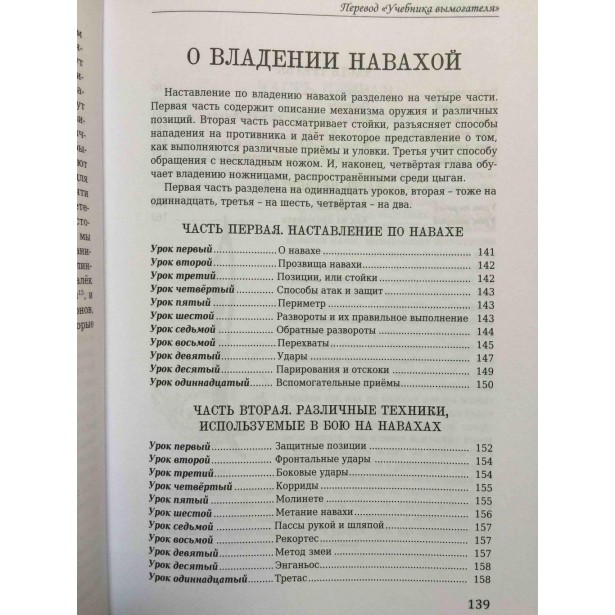 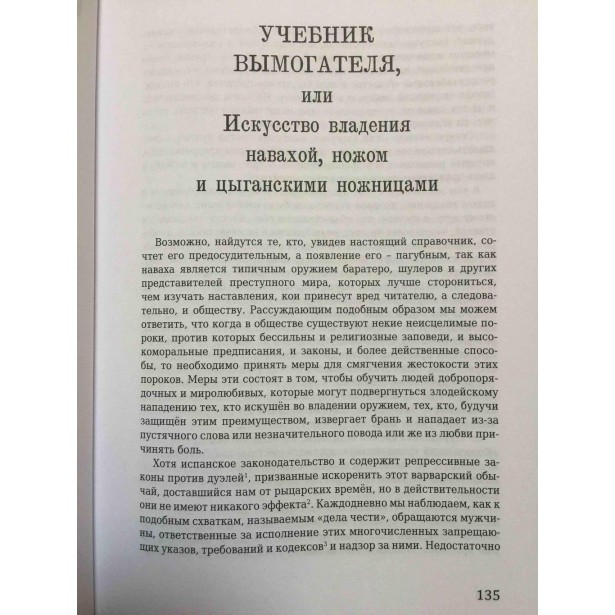 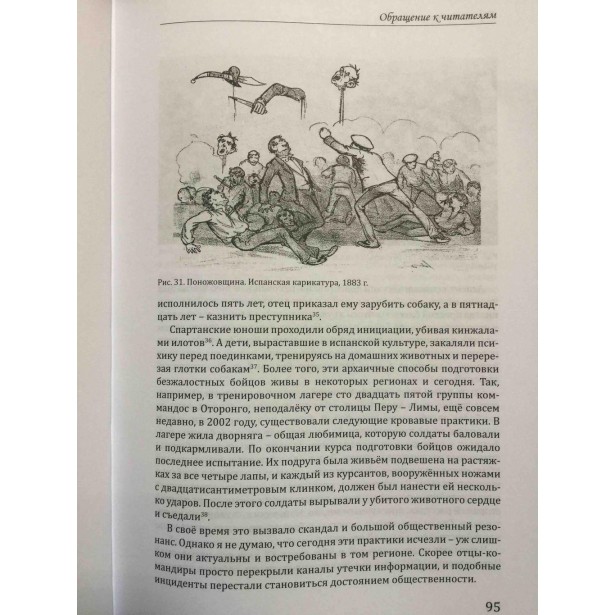 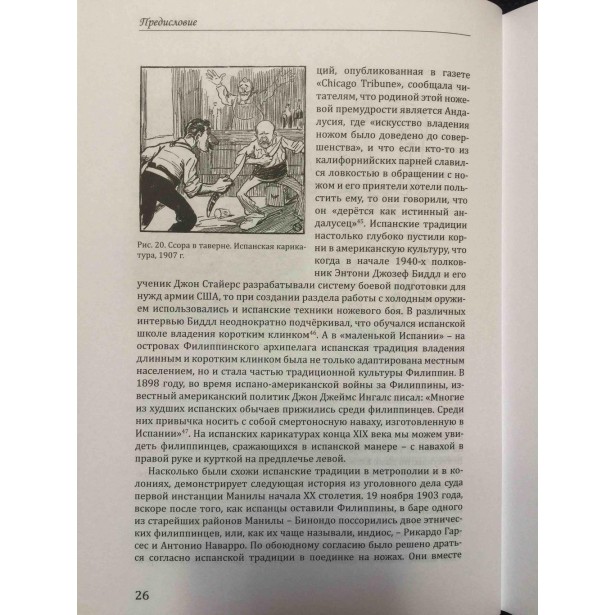 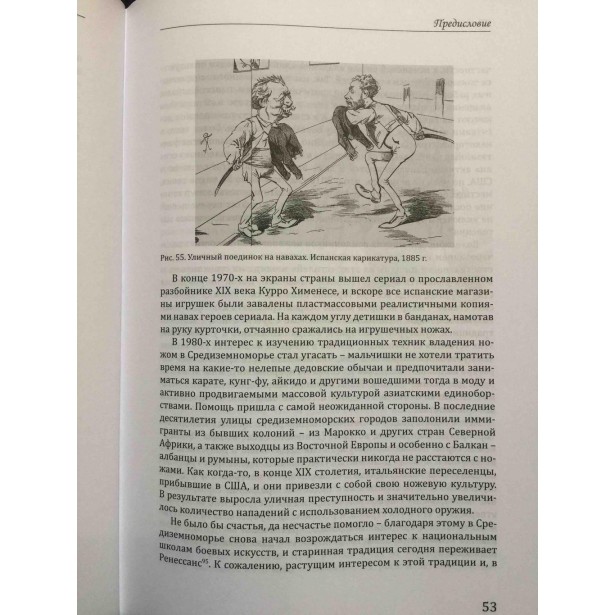 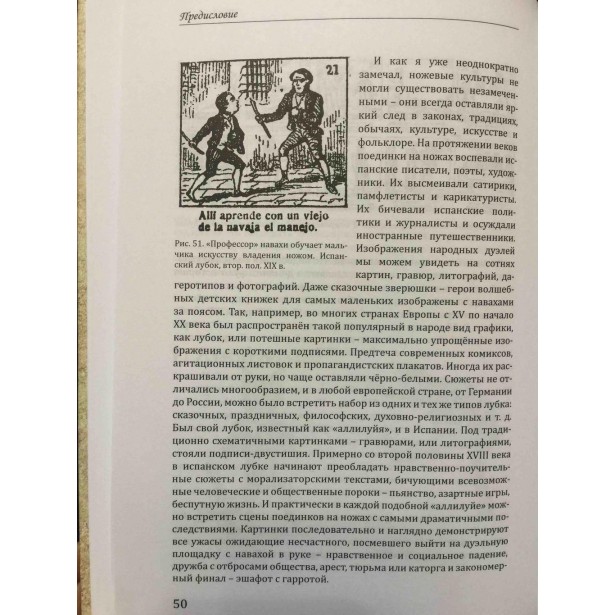 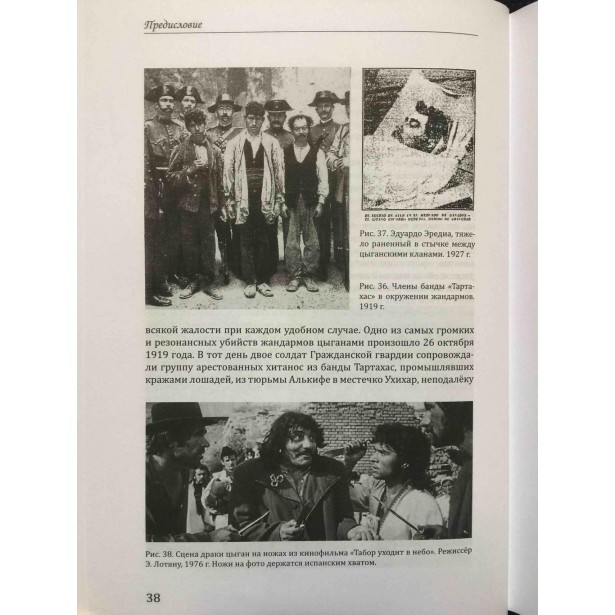 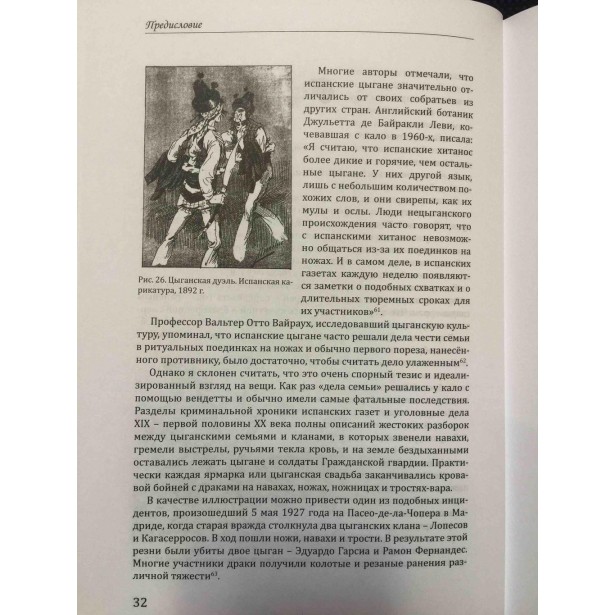 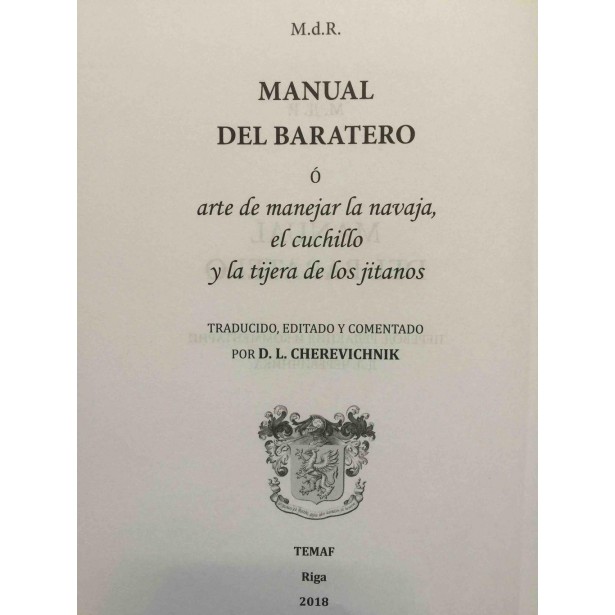 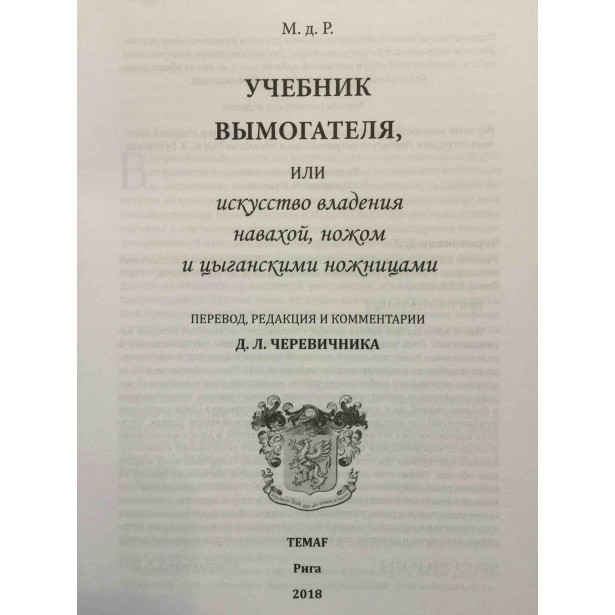 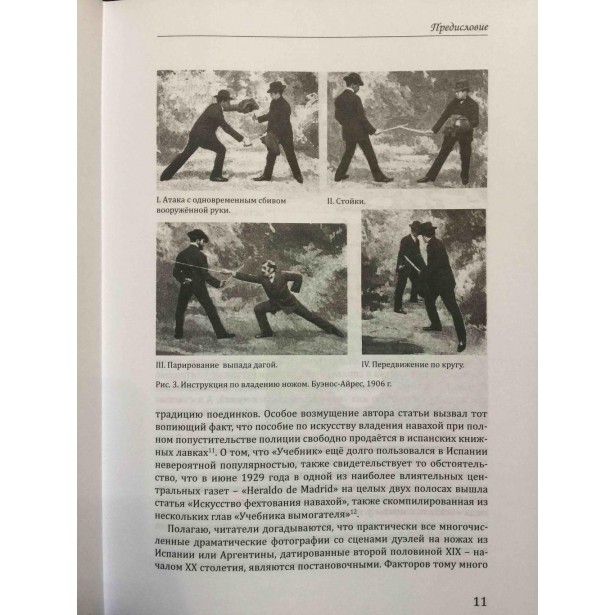 In his work author uses scientific methodology only.

All D. Cherevichnik scientific papers were published in printed "paper" publications only.

This work is a logical continuation of the author's first monograph - "A World History of knifing." Sometimes it is even called the "second volume" of the Part One.

But if the "World History of knifing" was a general overview of the rise and evolution of knife cultures and cultures of honor in ten different countries, then the "Manual of the Baratero" is already devoted only to the history of the knife culture of the Spanish Empire.

Based on more than 500 sources - criminal cases, legislative acts and codes, archival documents, sections of criminal chronicles in newspapers, police reports, court cases, as well as testimonies of participants and eyewitnesses of fights - the author has recreated the history of the knife culture of Spain from the 12th to the middle of the 20th century. The study covers not only the history of knife duels in Spain itself, but also in all territories where its colonies were located: Latin America, Italy, etc., which were under strong Spanish influence.

The book is based on the first Russian translation of the legendary Spanish manual on the knife, navaja and scissors wielding, - "Manual del Baratero" (Manual of the Bagman ) published in Madrid in 1849. But, as all fans of historical martial arts know, old manuals - especially fencing works - are very reminiscent of the Holy Scriptures: they need explanations, interpretations, are practically useless for non-specialists and are of interest only as historical curiosities.

Therefore, the translation itself takes only three dozen pages of the book, and the remaining almost six hundred are a detailed explanation of all the techniques of wielding the Spanish Navaja described in the manual, including their history and methodology.

Peer-reviewed monograph. Official scientific reviewer - M. l. Butovskaya.  Ph.D. in History, Professor, Senior Scientist of the Institute for Ethnology and Anthropology of the RAS, member of the editorial board of the journals "Ethnographic Review", "Anthropology and Social Evolution and History".

Quote from review: "Denis Cherevichnik's book is a serious cultural research. Along with a good translation of this amazing work, which is nothing more than detailed instructions for teaching the technique of using a short knife, navaja and scissors (common people's weapons), Denis Cherevichnik gives a cultural insight into the history of European martial arts and lengthy comments in an exciting manner. Even a reader far from this subject will be extremely interested in this book".

"An ideal book for rereading: you open it on any page, and there are Cervantes' novels come to life, and there is such action that it takes your breath away".

608 pages. Over 600 unique black and white and color illustrations. Most of the illustrations - historical photographs and prints depicting knife fighting techniques - are published for the first time!

In addition to the Manual of the Baratero, the book includes two more unique manuals on the Spanish knife-fighting school of the early 20th century. 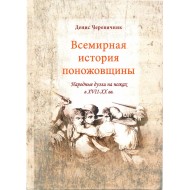